The UK Government has set the course, however imperfectly, for the decarbonisation of British supply chains.  But as manufacturers, distributors and retailers grapple with how to reach Net Zero, they must now also navigate a looming divergence in the legal regimes which govern many of their contracts.

Any contract between companies operating at different levels of the supply chain is known as a vertical agreement. Think manufacturer and supplier or distributor and retailer. Generally speaking, such vertical agreements are subject to competition rules. Up till now, and allowing for the Brexit-transition period, UK competition rules have been closely modeled on the EU rules so that British companies have been able confidently to assess how they stand under both regimes.

Making an assessment under both regimes is important because many British companies enter into arrangements which have an effect within the EU. For example, a UK manufacturer may appoint distributors in the UK itself as well as in France, Germany and other EU member states in order to get its product to market. Those arrangements which affect trade within the EU will, in the EU, be subject to EU law even if English law governs the contracts. Neither Brexit nor governing law provides a defence here: the penalty for a contract breaching competition rules is usually, at a minimum, the unenforceability of that contract. So, simply put, a non-compliant contract between a UK manufacturer and, say, a French distributor is not enforceable in France which rather defeats the point of signing it in the first place. There are also, of course, fines which can be enforced against assets held in the EU. Similar considerations apply to EU companies trading into the UK.

Competition law, in both the UK and the EU, is complicated and assessing contractual arrangements for compliance is time-consuming, expensive and often beyond the resources of the parties. This is certainly the case when those parties are SMEs. For that reason, for the past twenty-odd years, SMEs have benefited from the so-called Vertical Agreements Block Exemption (“VABE”). This is a regulation under EU law which automatically approves a vertical agreement under competition rules provided it matches certain thresholds and meets certain other criteria.

The first threshold is that the vertical agreement can only be between two parties. For example, an agreement between a manufacturer and one of its distributors is covered, but it isn’t covered if two or more distributors are party to that same agreement. The second threshold is that the combined market share of the parties must not exceed 30% of the relevant market. We’ll leave the delights of trying to define the relevant market for another day.

This all worked well enough for the first ten years but, as the Block Exemption came up for renewal in 2010, it needed to be adapted to the growing importance of online trading. Certain points were clarified, such as an online sale being a passive sale unless the site is “directed at” the territory of the buyer, and new prohibitions were added, such as the prohibition on banning online sales entirely, whilst permitting a requirement that a reseller had at least one bricks and mortar store.

Now the Block Exemption is up for renewal again at the very point in time when the Brexit transition period is ending and UK law begins to carve it own path; shaped by but not bound to its biggest and nearest trading partner. It is a tale of three regulations: the current VABE regulation (“Current EU VABE” which still applies in the UK as a retained regulation until it’s replaced by national law), the proposed new VABE regulation (“New EU VABE”) and the proposed brand new UK Vertical Agreements Block Exemption Order (“UK VABEO”, which will replace the Current EU VABE in the UK).

It’s worth noting that many of the most significant rules remain the same. The 30% market share threshold, the hardcore prohibition on resale price maintenance, the right to prohibit active (but not passive) sales outside an exclusive territory. But it’s in the revised rules for online trading and for selective and exclusive distribution arrangements that we can see deviations between the three regulations.

On the one hand, there is a parity of approach between the UK VABEO and the New EU VABE in treating online intermediaries (such as sales platforms) as suppliers to sellers rather than as their agents. The two regimes will also permit differential pricing for supply for online resale as opposed to supply for resale from bricks and mortar stores. This long-awaited acknowledgement of the different costs involved will be welcomed by many traditional retailers.

On the other hand, there are deviations which arise probably because the UK’s point of view was not a factor in the development of the New EU VABE. For example, it’s not uncommon for a manufacturer to sell its products directly to consumers and also to sell the same products wholesale to retailers and to distributors to on-sell to retailers. Under the UK VABEO, this type of “dual distribution” will be permitted subject to the 30% market threshold. However, under the New EU VABE, the market threshold will be lowered to 10%. Conversely, where the UK VABEO continues to treat any non-compete obligation longer than 5 years as a softcore restriction, the New EU VABE will permit some such obligations which are tacitly renewable beyond 5 years.

As is the case with these kinds of regulations, much of the detail appears in the accompanying guidance. We have draft EU guidance, but not yet UK guidance, so there is scope for further divergence in the interpretation of provisions which look, on their face, similar or even identical.

Both the UK VABEO and the New EU VABE will come into effect in 2022, however the UK rules will expire in 2028 whereas the EU rules will run to 2034. Contracts which satisfy the Current EU VABE will be valid for one year following the introduction of the UK VABEO. However, that may be small comfort as companies putting distribution systems in place in the mid-2020s, with 5 year contracts, will need to keep an eye on potential further divergence between the two regimes during the terms of those contracts.

In a world where transactions are increasingly carried out online and where brand is everything, and where UK operations remain for many sectors tightly integrated with EU operations, divergences in competition rules between the UK and EU will prove nothing but a headache for UK businesses. UK businesses will hope that the yet-to-be-seen UK guidance will not unnecessarily create more work for lawyers helping clients build and operate supply and distribution networks between the UK and Europe. 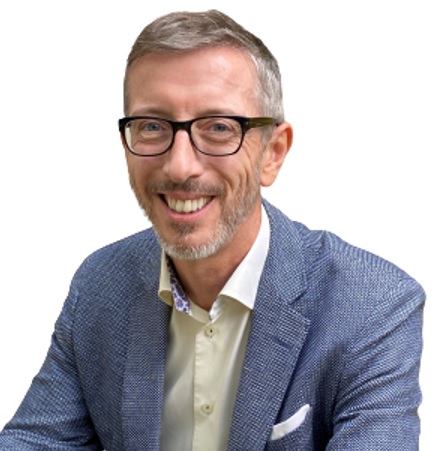 Trade marks: The High Court rules VAGISAN is confusingly similar to VAGISIL and the rights holder of VAGISIL did not acquiesce in its use of its mark.

Why businesses must review their employment contracts or face (expensive) consequences